What is making Kotlin such a popular language among Android Developers? 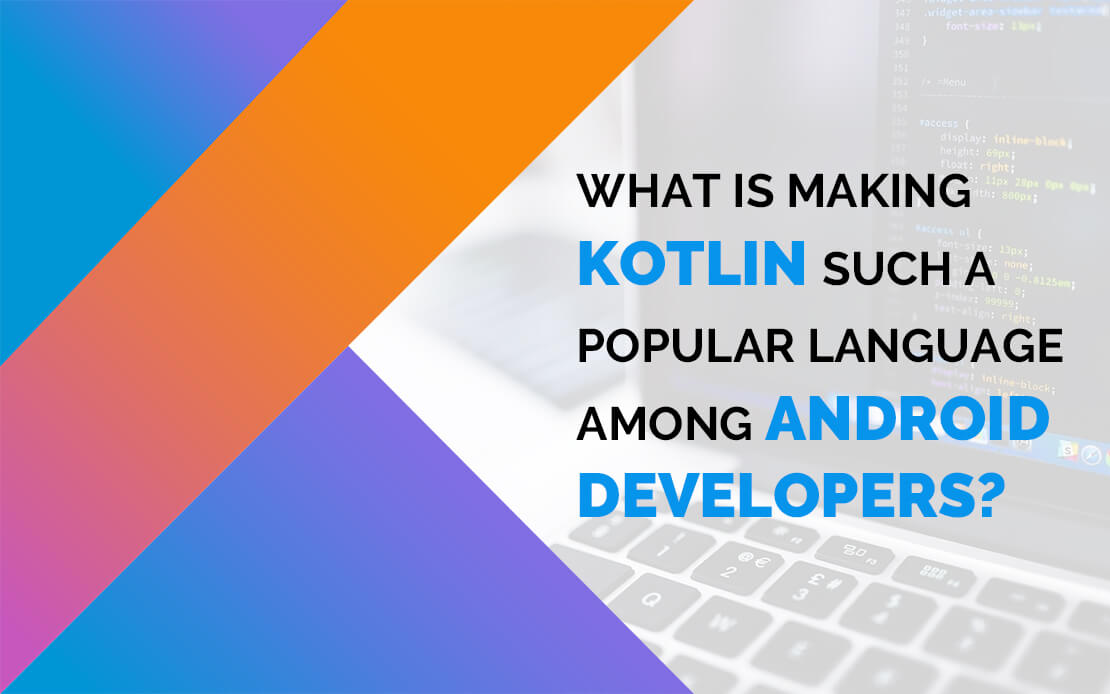 Most modern languages are not statically typed anymore. There are several cases in which new languages have come to the forefront with their own collection of applicative benefits. Kotlin is just another in the line of languages, which present significant advantages and makes Android development a far easier, more efficient and robust undertaking.

Google’s requirement for fast, mobile and flexible apps across the board has greatly lent itself to the explosion in the popularity of the language. But, there is so much more if anyone wants to discuss it in detail.

Its creator, JetBrains, clearly had a lot of things that they had planned, which has really contributed in terms of being a complete alternative to Swift Android Development.

But, to understand the true impact of Kotlin, you need to look at its most helpful features.

To talk about all features of any programming language may seem a never ending task. But, here, these features are unique to Kotlin itself, and how they make up for something truly valuable and advantageous for every developers.

One of the most prominent qualities about Kotlin is its interoperability with Java, which indicates the close ties with the latter. Programming languages are often derived from other languages, and that’s the case here too.

But, the main determining factor how it differentiates itself, and what exactly it offers within those differences. For Java developers out there, they’ll find working in Kotlin to be extremely familiar and unproblematic.

Interoperability generally means that you can predominate any extent of the code in Kotlin as you want.

The Large Availability of Library

The JVM version of the library is basically the one utilized in Java for so long. The open-source nature also seemingly continues the complete acceptability and re-use all across the board.

This specifically affects the length, complexity and other aspects of the code at play.

In essence, Android developers have the freedom of employing whatever they may want in order to achieve the best code under all possible determinants.

The IDE of Kotlin reflects that of Java in many different ways. But, the fact is that it surpasses the latter’s game changing ability of making applications work in any environment.

For one, it allows that specifically provision for greater safety and speed across the board than its predecessor. This makes Kotlin to be reflect usage in a new age development style that blends the best part of the standardized languages with brand new features.

There are quite a few benefits when it comes to Kotlin use in general. Most of them have to do with the features as they have been mentioned in the section above.

The language or platform being open-source in nature implies a great deal of advantages that one cannot find anywhere else.

This means that anyone can start using regardless the level of knowledge or familiarity with the language in question. But, the main advantage about Kotlin as an open-source language is that it can be converted into Java with just a single click and vice versa.

The development of Kotlin programming language itself took upon the consideration that learning curve is something that is meant to imply a collection of various things.

It may involve the programmer to have a lower intimacy and knowledge about the language, but still making it work. Moreover, the lines of codes are also quite less making manageability and testing a far easier undertaking.

In every way, Kotlin has an impression whereupon it indicates that development is far easier and maintainable than in Java, or other standardized languages out there.

The features of the language has already touched upon a little bit on the library, reflecting at how it too improves upon the one present in Java.

But, did you know? Kotlin library hardly allows for any garbage to persist in its humungous library. It’s done in a variety of advanced techniques and strategies.

It, thus, allows far less-than-minimum load time when the app gets launched during actual use.

When utilizing Kotlin, it’s greatly essential to remember that parameters are passed usually by their names, and not by their indexes.

This allows for greater user-friendliness, and specifically showcases the advantages that exist in making the entire predicament of functions in general, as more options get opened as to what can be used for parameter-specific function calling.

Functions apply with an Extension

It’s quite evident that disturbing the source code is something that no developer should prefer unless there’s something intrinsically wrong with the same.

Kotlin specifically allows for extensions with functions, which ensures both applicability and minimum complications.

In light of the above advantages, it’s no wonder to learn the fact that Kotlin is becoming greatly popular among Android Developers. But, it’s also offering those who have specialized in Java to translate their potential and talent into Android development in an unequivocally advantageous fashion.

Gurupritsingh Saini is an entrepreneur and the one who leads his team at AppAspect Technologies Private Limited. He has vast knowledge of mobile application development. AppAspect helps businesses by providing website and mobile app development services.